Coup de main, French for (blow with the hand), is a swift attack that relies on speed and surprise to accomplish its objective in a single blow, today is a day for Coup de Pied (blow with the feet). 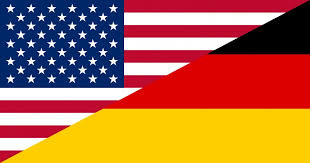 Act 1 of the world cup comes to a close with its crème de la crème group taking center stage. The group of death with Portugal Vs. Ghana and USA Vs. Germany are set to kick off, each with their very own subplots.

Portugal VS Ghana sets two teams currently looking in turmoil against each other. Portugal, infected with the same distrust that corrupted the 2010 French side will have to find a quick remedy and start believing in each other and get the ball to their main man Cristiano Ronaldo. Although Ronaldo looks less than 70% fit, that is still more talent than anyone else on his team and a player of his caliber only needs a split second to remind the world why he is loved and hated in equal parts. Portugal needs a win with a 4-0 margins or hope that Germany beats the US by 4.

Ghana also in turmoil but because of the same issue that afflicts African teams, their football associations denying them pay.  This issue has cause the Ghanaian association to send Kevin prince boating and its key midfielder Sulley muntari home from the world cup.  Ghana now looks to the leadership of Andre Ayew and the talismanic Micheal Essien to keep the team spirit afloat and focused to beat the Portuguese. Ghana’s pace and ferocity in attack gives them more than a chance to win the game and also the portuguese’s lack to stamina which was put on notice by Germany and the US will decide the game in the last 30 minutes. Ghana wins with the score 2-0.

David VS Goliath, Maximius Decimus Meridius vs Ceasar, and Germany VS USA, the hype for these face-offs are unparalled.  Both teams  are coached by Germans, but US coach Jürgen Klinsmann has been the special one in his own right from his work with rebuilding the 2006 Germany team and making this US team have a chance to advance from the group of death.  It takes a great coach to set achievable goals (semi finals), come up with the tactic and formation he thinks gives them the best chance and scouting the players that fit the mold and are wiling to work for the better of the team and finally the …..BALLS…to drop iconic Landon Donovan from the national team. All these moves have lead to the arrogance and confidence that exudes from the US team but they are facing a juggernaut in Germany, coached by klinsmann’s successor Joachim low. Although he inherited Klinsmann’s team he has yet to get to the final of the world cup and might be on the hot seat if he does not deliver with this team which most think is the best German team every assembled.

Both teams advance with a draw, which the US will be hoping for but Germany is a prideful nation and will want to show klinsmann that he should have stayed home. The Germans are professionals at Coup De Pied and with the world watching why not let it fly.