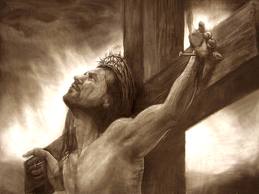 “U hurt me I still love you, you don’t want me I am still interested in you, u hit me I smile at you.
I will still do more because that is what true love is all about.”-James Ogbor

I like this quote cos it captures what we do to God everyday but he still loves us.
God loves us so much.

Bible says, “Even when we were yet sinners, Christ still died for us”-Romans 5:8
No Greater Love.

We hurt him everyday, yet he still loves us.
How Great is Our God!!!

I know..
You are not like other men that just look for a pretty face, big breasts and big butts..
You want a woman whose heart is lost in God.
You want a Proverbs 31 woman.

Unlike other men..
You know beauty fades and a woman that obeys the Lord should be praised.
You seek for a wife not a girlfriend.
Your heart is so lost in God that you are seeking for a woman that God approves first.

You are one of a kind..
Guys look at you like you are crazy..
Why can’t you holla at that pretty girl out there.
They don’t understand that you see beyond looks..
Just like your father,
you are not enticed by the outward appearance when she doesn’t have a heart for Christ to match.
The world can’t comprehend why u chose to marry
in a world full of loose women.
You are different..
You are a man of Distinction and Valor.

To all True Men of God out There.. I Salute you!!!

When I became a man
I put away childish things
But before I became a man
I didn’t always fit the shoes of a King
I was a child trying to find his way
The toys I played with kept my eyes occupied
And left my eyes in a lustful boyish frenzy
My playmates had long legs, short skirts and soft skin
They cared enough to lie down and wallow with me often
Jezebel turned out to be my very best friend
I’d look in her eyes before ever seeing the sunrise
Every time I paid her a visit and slept in

Before I became a man
I saw how God made Adam from dust
So likewise I tried to make love out of lust
I didn’t know any better
I was taught by example
“Let your mouth spit game, but never let your heart say much, ”
I treated his daughters like beauty pageant contestants
There would be zero return on their investments
Proverbs 31 was never a criterion for my selection
Mind you, this was before I became a man.

This was about the time
that I took notes from a father figure
who really didn’t know how to be a father, go figure.
About the time that mum was a punching bag
because he was too afraid to take his frustration
out of on the world instead,
by simply enduring affliction,
yet during addiction,
he could go twelve rounds against the violent screams
of “Stop, Stop”

He was undefeated, he always won.
And I would stand in plane sight,
hoping that daddy sees,
Cos all I could say at the time was “daddy, please”
Mum didn’t deserve what she got
just because she didn’t satisfy daddy’s needs.

But when I became man
Oh, When I became a man
I learned how to love Father God right back
Even though I’m good at falling short of the glory
I reflect on my story
Through my praise I’ll self publish a testimony

When I became a man
I learned how to cry
Because I’m not ashamed of my tears
Either will my fears
muffle the groaning in my spirit.

Since I became a man
I’m not longer afraid of the dark
I’ll wrap my hands around James 5: 16
Confess, Pray, and Heal my Heart

I have discovered something
That there are medicinal qualities
Right down the corridor of introspection
When I became a man
I learned how to love her
My Esther, My Ruth
I learned how to honor her like she was Jesus’ mother
Because one day she’ll be pregnant
With the seed that will transport my legacy
So that my God and my name will both have longevity
Even after they bury me

I could not love her before
Because I was not able
My insecurities and my perfectionism had me
Looking in on the next best player
That was checking in at the scorer’s table
How could I possibly be her covering?
When I was an umbrella with holes in it
But I learned to love her like I ought to
Because I want Him to be my Father and my Father-in-law
Since that’s his daughter

When I became a man
I learned to love my brother
I’ll share my heart, my hug and my hallelujah
Because a hug and a hallelujah without my heart
Leaves room for his spirit to respond with “I never knew you”
I became a man so that when he became a man
He would know a man
Who picked up the gospel and put the toys away