H: I think virgins are naïve about relationships.

I know of a lady who literally had a guy ignore her messages because she stated she was a virgin.

There are lots of people who are not virgins and still clueless about relationships.

Society give virgins a break!

It is hard enough navigating a hyper-sexual world as a virgin, do not make it more painful.

Virgins UNITE!! You are not clueless about relationships.

Because you had sex with your boyfriend or whomever you choose does not automatically mean you know a lot about relationship.

Sex does not equal relationship. There are some people who are sexually active without a commitment or relationship.

If you ask me, until you have been in a stable relationship for more than 5 years, you are still clueless about relationship.

One can make the argument that virgins are clueless about sex because of their lack of experience. Knowing sex and having sex are two different things.

“When my arm’s can’t reach people who are close to my heart, I always hug them with my prayers.”-Jessica W.

International Eagles of Nigeria: a blog to motivate Nigerians aboard to start giving back will be launched in March 2014. Please, if you are a Nigerian aboard or in Nigeria, I need your help. I need more creative young minds to join for more impact. We can do this! Our Country needs us.

Whenever I post pictures of my family on social media, the responses are always fun. The most common are, “Your son is so handsome!” or “What a beautiful family!” But one of the other common responses is, “Is your wife white?” People ask me at shows sometimes too. The answer is yes. My wife is a mix of Hungarian, Italian, and Polish—which to most people just means yes, she’s white. This is irrelevant to some, but shocking or even disappointing to others. I don’t think anyone should be shocked or disappointed by interracial marriages, but I still wanted to talk about why I married outside my “race.

The decision to marry someone from a different ethnic background wasn’t a tough one for me. I never sat down and wrote out a pros and cons list. Though if I did, the fact that my wife has never seen an episode of “Martin” would be in the con category. But honestly, I didn’t agonize over it or seek counsel about whether it was OK. I was convinced that she was the woman for me to marry, even though she wasn’t black.

Some would never consider marrying someone who wasn’t the same ethnicity as them, so let me tell you why I did.

To be honest, I always expected to marry a black woman. I found women of all backgrounds beautiful, but black girls were my “preference.” But when I arrived on my college campus in 2006, I wasn’t looking for a wife at all. I just wanted to grow in my faith and get a good education. My first album had just come out, so I had plenty of other things to focus on. But as I met people at the school, a sophomore named Jessica really caught my attention and we became friends.

We ran in the same circles and we ended up joining the same church, so we saw each other a lot. And the more I got to know her, the more I was drawn to her. She really loved Jesus and she had this childlike willingness to do whatever He asked. Her compassion for needy people challenged me and she had a humble heart that responded to the Word. Over that first year, I watched her sacrifice countless hours of her time serving at our church. On top of all of that, I loved being around her. Our conversation, whether serious or silly, always flowed with ease. So I eventually started to ask myself, “Should I marry this girl?”

Jessica didn’t look like I expected my future wife to look, but honestly that didn’t matter to me. Don’t get me wrong, I thought she was beautiful from the first time I met her. And I was never opposed to marrying a white girl. I just didn’t think I would. But as I grew in my faith and my heart changed, my preferences started changing too. My main preference was that my wife be godly, and Jessica was. So I wifed her.

Never for a moment did I feel like I was settling. It feels more like settling to overlook a godly woman merely because of her ethnicity. I never wanted to value my preferences for a wife over what I needed in a wife.

When you and your spouse are in the middle of conflict, skin tone doesn’t matter. Body type and social status seem insignificant. You want them to be godly and humble. And as my wife and I begin to raise our first child, I couldn’t be more grateful for her. She’s an amazing mom and a godly influence on my son—neither of which have anything to do with her ethnic background. It’s OK to want things in a spouse, but we have to submit our desires to what God wants for us in a spouse. What I wanted and needed most was a godly partner, and that’s exactly what God provided.

Who is she?
She is your intuition.
Some people call her that “gut feeling.”

When a guy or girl does or tells you and all of a sudden, you know something is not right.
That’s her telling you something is wrong.
We all have her in the inside of us.
She will not lead you astray.
Trust her!!!

She will never tell you something that could bring harm to you or someone else.
Trust your judgment.
We all have the ability to make good decisions. 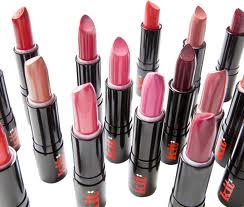 I can’t argue with the holy spirit..
There’s no external fix for low self-esteem.

A lot of women think they can cure low self-esteem by wearing a lot of make-up, getting breast implants, botox, wearing fake butts or getting injections to make their butts bigger.
Women who get breast implants because of breast cancer are an exception.

There’s nothing wrong with wearing make-up; however, if you need to wear makeup to feel more beautiful, check yourself.